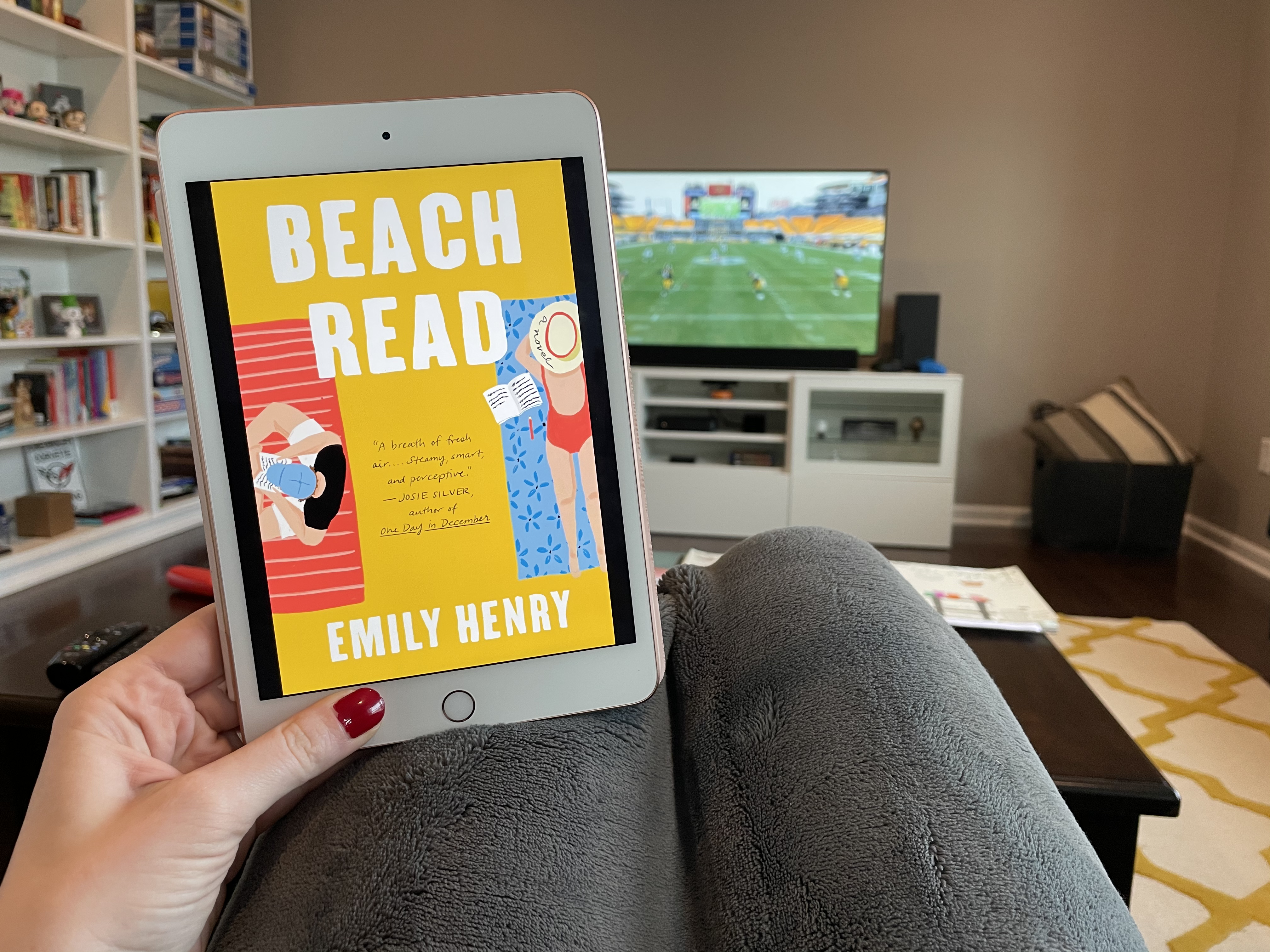 Well, this is it. The last book review of 2020. After finishing The Vanishing Half, I wanted to read one more book before I picked up Harry Potter yet again.

Since the pandemic began, I’ve been reading a good amount of books using the Kindle app on my iPad. It’s the best way to borrow books from the library when you can’t physically go to the library. I’ve also been keeping my eye on my books list to see if any of the Kindle versions go on sale. That happened with Beach Read. It’s been on my list for a while, and one day, it was $1.99 for the Kindle version. I bought it, left it alone for months, figuring I would get to it when I got to it, and then, the other day, it was time.

January Andrews is a bestselling romance novelist. She has always believed in the happily ever after, until life showed her otherwise. Augustus Everett does not write happy endings; he writes literary fiction. He might not even believe in them. He and January are pretty much opposites. Both are in writing ruts.

January and Gus find themselves as neighbors for three months. One night, they strike a deal. January will try to write the next Great American novel; Gus will write something with a happy ending. To help, each will help the other research, leading to line dancing and interviews of survivors of a death cult.

Over the course of a summer, January and Gus will each confront things that make them uncomfortable. Along the way, each might just get out of that creative rut.

Beach Read is a rom-com about rom-coms, if that makes sense. But it is more than just a light rom-com. It has more emotional baggage than that. The plot described above, and in the book synopsis, doesn’t fully explain what this book is about. I don’t want to give anything away; I was pleasantly surprised when Beach Read took a deeper turn.

I enjoyed reading January’s and Gus’s story, following them on rom-com montages and interviews with death cult survivors and learning their secrets. I enjoyed it so much that I read this one in 2.5 days. Beach Read moves quickly, sucking you in with its surprises and rom-commyness. It helped that its secondary characters were fun and involved. They gave the book more depth, rather than only focusing on January and Gus going on their non-dates.

Beach Read is a rom-com with baggage. If rom-coms are your thing, like they are mine, add this one to your to-read list.

Next Read: I’m going to finish 2020 by going back to the Harry Potter series. Stay tuned for the Recap of Another Year of Books: 2020 Edition. It’s coming your way soon.

comments powered by Disqus
Let's Runaway
Another Year of Books: The 2020 Recap