On Christmas night, I put on How the Grinch Stole Christmas (first the animated version, which was then followed by the Jim Carrey version) and settled in with a comfy blanket. I was in the mood for a Christmas themed book. Luckily, I had one on my shelf. I mean, truthfully, I only have one. This was my only option. I picked it up, and by the time I went to bed, I was half way finished. It was exactly what I wanted to read.

Amy Denison was looking to do more for children when she began volunteering at Glory’s Place. Driven by the “nudge” she has for helping children, she befriends Maddie, a seven year old, who has spent her childhood in foster care. Maddie also has a friend in Gabe, aka Mr. G, at school, who treats Madde like she was his own, and wants what is best for her.

After meeting Amy, Maddie has a Christmas wish - that Amy and Mr. G get together. But Maddie doesn’t know of a past that will soon be revealed. Can Amy’s long broken heart be healed just in time for the holidays?

Together with others at Glory’s Place, Maddie, Gabe and Amy get to know each other, meet new friends, and help plan a winter wedding. Throughout the book, the spirit of Christmas continues to shine through the town of Grandon and in it’s residents.

This book was exactly what I was looking for on Christmas night, when I walked over to the book shelf. It is a Christmas story, filled with hope, giving, a small surprise and a happy ending for all involved. My aunt gave this book to me last year as a gift, and it’s been sitting on my bookshelf ever since; but not anymore. I can now move it to the “read this one” list.

I enjoyed VanLiere’s writing and mix of characters. Instead of just focusing on Amy’s and Gabe’s story, there was plenty of activity from their friends, whose story lines went with the giving, holiday theme. Some of them were pretty entertaining, if I do say so myself.

Yes, this book is quick; by the time you look up, you’ll be finished. But sometimes, that’s exactly what you need. It’s a pleasant, true to the season, Christmas story. It’s a perfect read for the season. 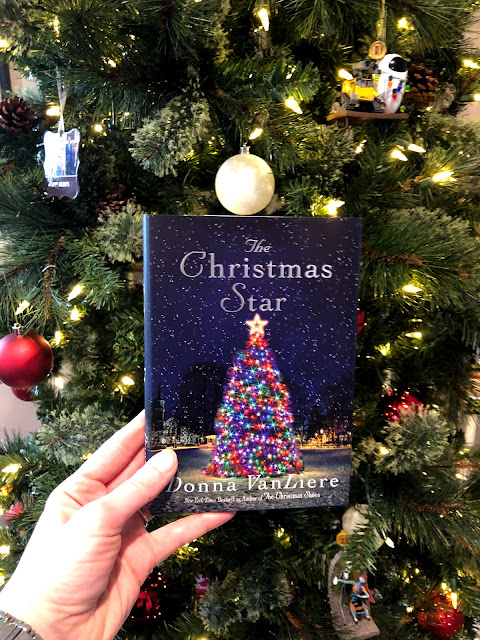