The week after a holiday, aka a day off, seems to either fly by or drag along. I can’t decide what this week is doing. One day fast, the next day slow. Maybe it’s the heat (I know, I’m still complaining about the heat), or it’s that it just feels like we should all be on a beach. If you are one of the lucky few, don’t forget your hat, sunscreen and a good book. Maybe this one will do the trick!

Book Read: From the Corner of the Oval
Author: Beck Dorey-Stein
Number of Books Read, 2019 Edition: 24

Beck Dorey-Stein becomes a White House stenographer after answering a Craigslist ad. When she is offered the job, Dorey-Stein joins the Obama Administration for press conferences and meetings around the world.

Following her five years in the White House, Dorey-Stein describes flying in Air Force One, traveling to city after city, country after country, all well managing a personal life that is best described as being messy.

Add teammates who have her back on and off the court, stories of sitting across from Jackie Robinson’s wife on Air Force One and running on the treadmill next to President Obama, and stories that carry across the globe and you’ve got From the Corner of the Oval.

This book could be a movie. From what I read online after finishing it, it just may be one. At times the plot is frankly unbelievable, and I was impressed Dorey-Stein wrote all of this down as she navigated those five years. After the first chapter, I couldn’t put it down.

At times, yes, you will want to yell at Beck to wake up and snap out of it. You’ll be rooting for any other guy but Jason (a pseudonym, like some of the other characters in the book). Seriously anyone - it could be a random guy on the street and they’d be better. I’ll warn you that this is a pretty big portion of the book.

I digress. My favorite parts of From the Corner of the Oval were about Dorey-Stein’s job. From running on the treadmill next to Obama to visiting Cuba on the first presidential trip, and all the way to Obama’s last speech in Chicago, Dorey-Stein was there for it. She was, among many others, ready to drop everything and follow the president wherever and whenever needed. Her recollection of historical moments is vivid and honest.

This is a memoir that mixes first hand accounts of the inside with a romance novel. Spin those two together and you’ve got a page turner like From the Corner of the Oval.

On another note, I managed to put my watch on upside this week. Made me chuckle at 6:37 in the morning. 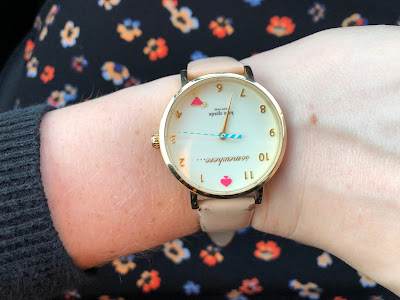 Next Read: The Secret of Clouds by Alyson Richman

comments powered by Disqus
Six Feet Under the Stars (All Time Low)
A Reserved, Family Cloud